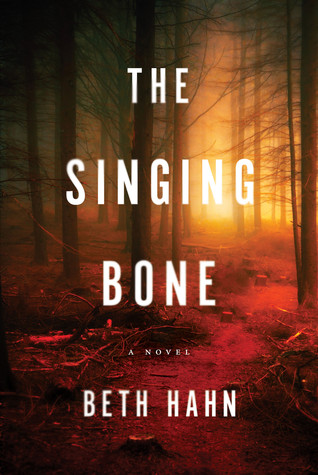 The Singing Bone is the story of a group of teenagers in NY who become involved with Jack Wyck, a narcissistic pyschopath, in 1979. “Mr. Wyck” as he likes to be called, seems to have the ability to control everyone he comes into contact with his Mansonesque methods including fear, intimidation, and violence. It all falls apart one fateful evening as several horrific acts of murder bring about the end of their mind-controlled, drug-filled life with Jack Wyck. The story toggles back and forth between the events leading up to that night in 1979 and 20 years later when filmaker Hans Loomis decides to make a documentary about the case as new DNA evidence that threatens to clear Wyck is produced.

Our main character, Alice, was the smart one in high school prior to becoming acquainted with Mr. Wyck. I found her character, as well as a few of the others, to be one dimensional and somewhat stereotyped. As her character devolved into someone completely out of touch with reality,  I found the story becoming less and less believable. Her miraculous recovery (though she continued to have some convenient amnesia) and seamless transition into a professor of folklore was a package too neatly delivered for me.

There were also parts of the story I would have liked to hear more about. Where did all those clothes in the closet come from? Who did necklace did Alice found belong to? What was Wyck’s connection to all of the other missing teenagers? It would have been interesting if bodies connecting Wyck to those disappearances could have been found. The ending of the book left me generally unsatisfied and I feel that with a few more twists and turns it could have been quite good.

Thanks to Regan Arts via NetGalley for providing me with a free ARC of this book in exchange for an honest review.