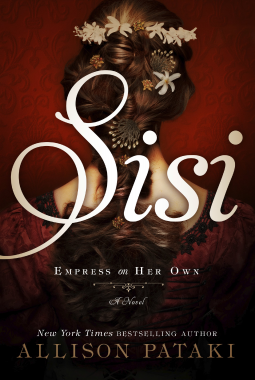 I really loved The Traitor’s Wife  by Allison Pataki and was super-excited at the opportunity to read and review Sisi: Empress on Her Own. Unfortunately, it fell a little flat for me. I’m not sure if, in part at least, it’s because I didn’t read The Accidental Empress. I found the comparison to Princess Diana to be quite a stretch since Sisi seemed to face consistent criticism for her lack of attention to her royal duties and detachment from her subjects. There was really nothing about her I found endearing or relatable.  In fact, I found her to be really seemed rather selfish. And though I’m sure that “troubled” would be the preferred light in which to paint her, I really just didn’t get that. For example, when her daughter Gisela wrote imploring her to come home and address the cruel measures being used to discipline and strengthen the constitution of her young son Rudolph, she did do so, but she never followed through in any way to try to alleviate the emotional damage that had already been inflicted; in fact she turned an absolutely blind eye to his own cruel actions. Throughout the book, it seemed that she really just wanted to skate by, getting away with accepting the bare minimum of responsibilities. Though the result of a long marriage having gone loveless, she actually had many freedoms for a woman of that time and I would have liked to see her use them for endeavors that were not always self-serving. I suppose I just wanted her to be a stronger woman in general. One who would face her problems rather than run from them.

I did enjoy learning about Sisi’s cousin, Ludwig II of Bavaria, who  proved to be an interesting story and character unto himself. Probably gay, an eccentric patron of the arts, a wild spender of his empire’s fortunes, and possible clinically insane, he made for an actually likable, if not conventional man of his times. Throw in a suspicious and untimely death and there’s another novel in the making, I think.

Though I can’t give this book an overwhelmingly positive review, I would certainly look forward to reading Allsion Pataki’s next book. She’s a great writer who clearly does her homework. I think part of the problem for me, with this book, is that I didn’t find Sisi to be a great heroine. And while that not the author’s fault, it’s hard to separate from my overall feelings about the book.

Many thanks to Random House Publishing Group via NetGalley for providing me with a free ARC of this book in exchange for an honest review.