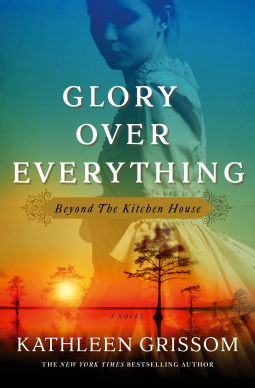 “I looked at my hands to see if I was the same person now I was free. There was such a glory over everything. The sun came up like gold through the trees, and over the fields, and I felt like I was in heaven.”

James Burton (formerly Jamie Pyke) is passing as a wealthy white Philadelphia silversmith who has denied his true identity for many years after fleeing Tall Oaks, the Virginia planation where he was raised. He has fallen in love with Caroline, a white woman from a wealthy family. She becomes pregnant and he intends to tell her his secret, fearing that it will become obvious to all when the child is born. But before he gets the opportunity, his beloved servant, Pan, is captured and brought to the South to be sold into slavery. James embarks on a dangerous journey to save Pan, the son a friend to whom he owed his very life.

I really liked this book but I’m not sure I loved quite as much as The Kitchen House. It’s difficult to pinpoint exactly why. I loved Pan’s character and wanted to jump into the story to protect him myself. In fact, all of the characters were crafted with the same depth and complexity as those I grew to love in The Kitchen House. Perhaps I simply had a difficult time reconciling certain aspects of James’s character. For example, while I could understand his reasons for wanting to maintain his identity as a white man, I took offense at his disdain toward slaves. That’s all I’ll say about that. There are other examples but I don’t want to include any spoilers. On the other hand, there are characters I absolutely adored. For example, the young but formidable Adelaide Spencer. She is the teen daughter of the man who owns the property adjacent to where Pan is being held. She’s a young woman of conviction; someone I would like to believe I would have been like had I lived in those times.

Kathleen Grissom has told us another beautiful story. Even when the story is full of unimaginable pain and hardship, she has a unique way of weaving in enough snippets of the good in humanity, and the awesome strength of good people working together, to prevent us from losing all hope.

Thanks to Simon & Schuster via NetGalley for providing me with a free copy of this book in exchange for an honest review.