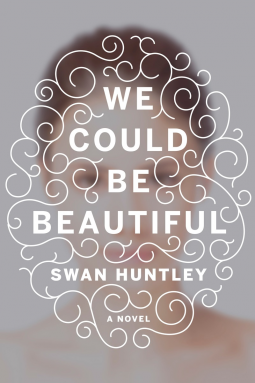 Catherine West is a wealthy trust fund (43 year old) kid living the good life in Manhattan. Like many wealthy people, she seems to have it all from the outside. Her days are spent bag shopping and lunching (though she doesn’t actually eat anything). Her nights are filled with gallery openings other society events. Somehow she manages to squeeze in massages on Sundays. She barely has time for involvement in the boutique stationary store she owns though she considers being a small business owner an important part of her identity. She is superficial and judgmental. Even her generosity (she loves to mention that she throws money at her staff, waiters, etc.) seems egocentric rather than being born of a need to actually help or reward people. Though she has been burned a few times when it comes to love, and she longs to have a husband and family, she’s such a you-know-what that it’s hard to find any sympathy for her.

She has a sister who adores her but she finds Caroline to be weak and needy. She judges her parenting skills. She’s happy to let Caroline take on the lion’s share of responsibility when it comes to caring for their mother who has recently been moved to an assisted living facility due to the progression of Alzheimer’s Disease.

When she meets William Stockton at a gallery opening, things begin to look up for Catherine. He’s handsome and cultured and his parents were friends of Catherine’s parents many years before. This move very quickly and they become engaged. However, it soon becomes apparent something may be a little off with William. Catherine struggles with her competing emotions. On one hand, she’s ecstatic that she’s found her Mr. Wonderful. On the other, she has some questions and William is not exactly open to talking about the past. And why is it that her mother shuts down at the mere mention of the name William Stockton? With her wedding growing nearer by the day, Catherine needs to find out.

The first half of We Could Be Beautiful was difficult for me to get through. It didn’t feel psychological or mystery-like. It felt like Chick-Lit. There’s nothing wrong with Chick-Lit if that’s your preferred genre but it’s generally not mine. Fortunately, the second half was much better. I won’t include much in the way of spoilers but I will say I think Catherine (finally!) grew up.

This was, overall, a solid debut. Though originally categorized as General Fiction on NetGalley, I see that it has now been recategorized as Women’s Fiction on the Penguin Random House  website which I think is more fitting and will draw a more appropriate and appreciative audience.

Thanks to Doubleday via NetGalley for providing me with a free ARC of this book in exchange for an honest review.