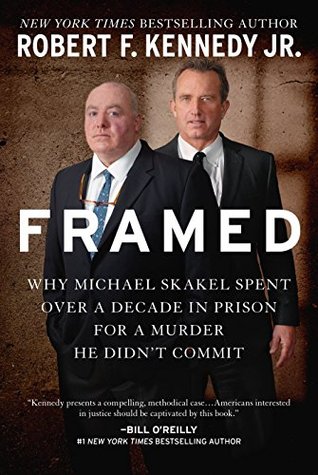 That it is better 100 guilty Persons should escape than that one innocent Person should suffer, is a Maxim that has been long and generally approved. – Benjamin Franklin, letter to Benjamin Vaughn dated March 14, 1785

On the evening of October 30, 1975, Martha Moxley, a beautiful fifteen-year-old girl residing in the prestigious Belle Haven enclave of the very affluent town of Greenwich Connecticut, was brutally murdered so close to her own home her mother believes she may have heard her screams.

The following morning, her friend finds her body bludgeoned and stabbed. The weapon is a golf club which has been wielded with such force it has broken in three. Her pants and underwear have been pulled down around her ankles, indicating a sexual assault, though in the days to come we will learn that her hymen remains intact and there is no evidence of semen found on or near her body.

There are suspects are aplenty. The neighbors, the neighbor’s tutor, the ill-tempered boyfriend, the rapist gardner, the weirdo next door. Some witnesses even report seeing large, hulking figures slinking about in the night, inspiring such fear that they hid until the coast was clear and then ran to the safety of their homes. Residents are sure the forensic evidence will narrow the search and a stand-out suspect will come to forefront. Police will swiftly match the evidence with the suspect, corroborate eyewitness testimony, and elicit a confession. Sadly, that does not happen. Alibis will be corroborated. Polygraph and sodium pentathol tests will be passed and failed. There will be a devastating loss of physical evidence and other catastrophic investigative failures. The case will become cold.

But even as the case turns and stays cold, one family will remain under a cloud of suspicion. The Skakels, the Belle Haven neighbors of the Moxley family, will provide police, the media, and the general public with two suspects. Initially, however, it is Michael’s older brother, Tommy, who is considered the more likely perpetrator. In fact, it will be years before Michael is considered a suspect. I won’t reveal all of the information on the various suspects or all of the contradictory evidence but it’s my belief that there were other suspects who deserved at least the same amount of attention given to the Skakel boys. It seems some were only given a cursory glance while some were not given any attention at all. It was no secret that the Skakels were a wealthy and powerful family. But rather than making them off-limits and impenetrable as some have suggested, it seemed to have made them more of a target to those who considered them suspects.

In 1991, the Greenwich PD announced they would be reinvestigating the case. What ensued  between this announcement, Michael’s arrest and conviction, and his being granted habeas corpus relief  in 2013, was a media and judicial three-ring circus the details of which you must read to believe. Due at least in part to the inadequate representation Michael received, a whole laundry list of factors, including the disregard of the established time of death and solid alibi Michael had for that time, and credibility of the only witnesses testifying against Michael were ignored, resulting in Michael’s conviction.

This book isn’t simply the story of the crime and trial, however. It’s also the story of  Michael and the Skakel family. Some of the details may surprise you. That’s all I’ll say about that.

This book is a must-read for anyone who has been interested in the Martha Moxley case. It is also an important illustration for us all that miscarriages of justice can and do occur when the need for results, power, fame, and money supersede the need for justice.

Though I was left with a few unanswered questions, I felt Framed: Why Michael Skakel Spent Over a Decade in Prison For a Murder He Didn’t Commit provides a compelling case in support of Michael Skakel’s innocence. Of course, the author is Michael Skakel’s cousin. (Perhaps we wouldn’t be so familiar with this case if it were otherwise.) But even a biased presentation of facts (and I’m certainly not saying there is one here) could not change things such as time of death, lost physical evidence, and the concealment of exculpatory evidence.

I feel that I should mention that I have not read any other books regarding this case, fictionalized or otherwise, including those by Dominick Dunne and disgraced former L.A.P.D. detective Mark Fuhram. Therefore, I have no basis to compare the arguments for or against any suspects or information in previously published books.

We must always remember that despite gut feelings, rumors, and personal disdain and prejudice, the American criminal justice system is based on one’s innocence until guilt has been proven beyond a reasonable doubt. The burden of proof rests with the prosecution in a court of law – not with the media, tabloid or otherwise. And certainly not with the rumor mill, those with a personal ax to grind, or those out to make a quick buck on someone else’s misfortune.

Michael is currently awaiting a decision as to whether or not he will be re-tried for the murder of Martha Moxley.

Thanks to Skyhorse Publishing for providing me with a free copy of this book in exchange for an honest review.