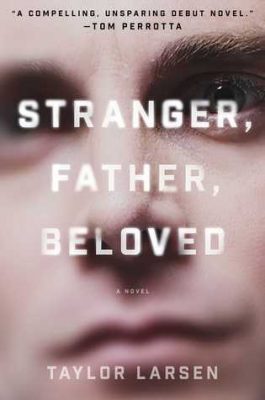 The book begins with Michael seeing his wife, Nancy, talking to another man at a party. He decides that this is the man who should be married to Nancy. He promptly begins working on his plan to make this man Nancy’s new husband.

This is a strange book in the sense that a decent writer (clean, articulate language, etc.) has written a bad story about mostly bad, unlikable characters. My instinct about twenty per cent through the book was to put the book down, mark it DNF, and move on with my life. I didn’t do that for two reasons. The first is that it’s a fairly short book and I knew it would only take me another day or two get through. The second is that I appreciated the author’s writing style enough that I kept hoping that the plot would change, that something would happen to make it a more pleasant to read. Sadly, this did not happen.

We learn that Michael has some behavioral health issues. He suffers from a neurotic paranoia that has been difficult for him to mask/control for most of his life. He also has some other issues but I don’t want to give too much away. These issues, however, do not explain why Michael has such utter contempt and disrespect for women. With the exception of his precious mother, that is. I found his personality to be offensive and didn’t feel it had anything to do with his legitimate diagnosis. He was simply a thoroughly unlikable man.

As for the other characters, I found most of them to be very stereotyped and one-dimensional. Nancy is too timid, too self-sacrificing, too compliant. NO ONE is that nice, that wholesome. I understand that she feels a little inferior because of her lack of education but it was all too much. John, the would-be husband, is too pure, too salt of the Earth.

I would like to thank Gallery Books for providing me with a free copy of this book in exchange for an honest review.