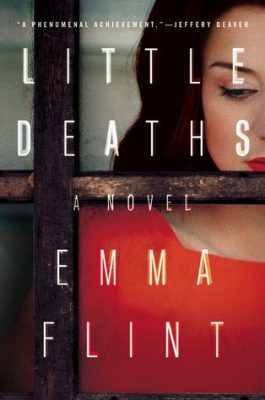 It's 1965 in a tight-knit working-class neighborhood in Queens, New York, and Ruth Malone--a single mother who works long hours as a cocktail waitress--wakes to discover her two small children, Frankie Jr. and Cindy, have gone missing. Later that day, Cindy's body is found in a derelict lot a half mile from her home, strangled. Ten days later, Frankie Jr.'s decomposing body is found. Immediately, all fingers point to Ruth.
As police investigate the murders, the detritus of Ruth's life is exposed. Seen through the eyes of the cops, the empty bourbon bottles and provocative clothing which litter her apartment, the piles of letters from countless men and Ruth's little black book of phone numbers, make her a drunk, a loose woman--and therefore a bad mother. The lead detective, a strict Catholic who believes women belong in the home, leaps to the obvious conclusion: facing divorce and a custody battle, Malone took her children's lives.
Pete Wonicke is a rookie tabloid reporter who finagles an assignment to cover the murders. Determined to make his name in the paper, he begins digging into the case. Pete's interest in the story develops into an obsession with Ruth, and he comes to believe there's something more to the woman whom prosecutors, the press, and the public have painted as a promiscuous femme fatale. Did Ruth Malone violently kill her own children, is she a victim of circumstance--or is there something more sinister at play?
Inspired by a true story, Little Deaths, like celebrated novels by Sarah Waters and Megan Abbott, is compelling literary crime fiction that explores the capacity for good and evil in us all.

I was so excited to begin this this book. I knew that it was based on a true story story but it was one I was unfamiliar with. I made the conscious decision not to do any research on the case prior to reading this fictionalized version.

As you can probably tell from my rating, I had several problems with the book. The first is that it was really quite boring. It just dragged on until the very last chapters. There were several points at which I almost gave up but I kept on in the hopes that things would pick up. I was truly surprised when it did not. This is, after all, a book about the murder of two children. What I’m sure made for a very compelling news story simply didn’t translate well into a novel for me.

The second problem I had was related to the way the mother of the children, Ruth Malone, was described in the book. It is often mentioned that she teased her hair, wore too much make-up (her mouth was referred to as “sticky” with lipstick), dressed provocatively, wore cheap perfume, smoked, drank, etc. The picture I conjured in my head was one of a cheap-looking, garishly made-up woman. And that would have been fine except for the way men seemed to react to her. There was no man who didn’t immediately fall under her spell. They were falling all over themselves to get to her. Especially Pete Wonicke, the rookie newspaper reporter assigned to her case. After a while I was just like c’mon, really?? As it turns out, Alice Crimmins, the woman who was the actual murder suspect in the murder of her two children, was actually quite beautiful. I’m not sure why the author chose to exaggerate  these characteristics to the extend she did. Ultimately, it made Ruth’s character less believable to me.

Both the Alice Crimmins and Ruth Malone were judged to be guilty in the court of public opinion and this was one part of the book that I thought worked well and seemed very realistic. It brought to mind the cases of Susan Smith and Casey Anthony, both of which I followed closely at the time of their trials.

Though this book was a disappointment to me, I would not dismiss Emma Flint as an author. In fairness, I like the way she wrote. I just didn’t happen to like what she wrote in this book.

This is the 3rd book I’ve read from my 2017 Mount TBR Challenge!

Thanks to Hachette Books for providing me with a free copy of this book in exchange for an honest review.