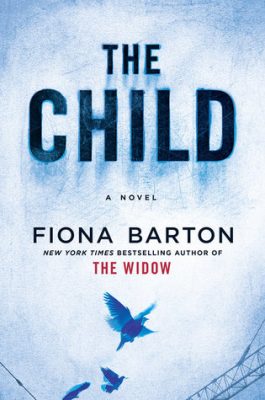 The author of the stunning New York Times bestseller The Widow returns with a brand-new novel of twisting psychological suspense.

As an old house is demolished in a gentrifying section of London, a workman discovers a tiny skeleton, buried for years. For journalist Kate Waters, it s a story that deserves attention. She cobbles together a piece for her newspaper, but at a loss for answers, she can only pose a question: Who is the Building Site Baby?

As Kate investigates, she unearths connections to a crime that rocked the city decades earlier: A newborn baby was stolen from the maternity ward in a local hospital and was never found. Her heartbroken parents were left devastated by the loss.

But there is more to the story, and Kate is drawn house by house into the pasts of the people who once lived in this neighborhood that has given up its greatest mystery. And she soon finds herself the keeper of unexpected secrets that erupt in the lives of three women and torn between what she can and cannot tell.

I’m excited and honored to be posting today as a stop on the blog tour of Fiona Barton’s latest book, The Child.

The Child was a quick and enjoyable read from start to finish. It’s told from the perspective of four different woman and differs somewhat from many multiple-perspective books in that only one is narrated in the first person. This gives the book a bit of an unreliable narrator feel, which is something I loved.

The characters are well thought-out. The author gave just enough to make me feel that I knew them, while holding back enough to make me wonder if there was something suspect about each one. I felt a particular affinity for Emma, our potential unreliable narrator. I rooted for her throughout the story even as I questioned her credibility. I can’t even scratch the surface as to why without giving away too many details. I suspect those that have read the book will understand exactly what I mean.

As for the story itself, I found it to be much more mystery than thriller. It was a steady page-turner but lacked the intensity and constant action of a thriller. This is an observation and not a criticism, as this story did not require those elements in its telling.

I thought the ending was brilliant from several standpoints. I won’t elaborate so as not to give too much away. That said, I struggled a tiny bit with the believability factor but, in the end, decided the author’s creativity and the steady pacing made up for it.

Though The Child is not a sequel to Fiona Barton’s wildly popular The Widow, reporter Kate Waters from that novel is one of the main characters in this book. I hadn’t read The Widow and wondered if that would have any effect on my experience in reading this book. Though there were a couple of minor references to a case in Ms. Waters past, which I assumed was the case in The Widow, it was nothing that detracted from the book or made me feel as if I was missing a key point. 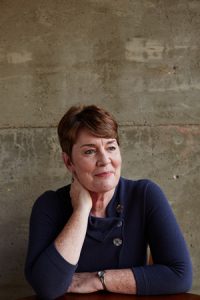 Thanks to Berkley for providing me with a free copy of this book in exchange for an honest review.