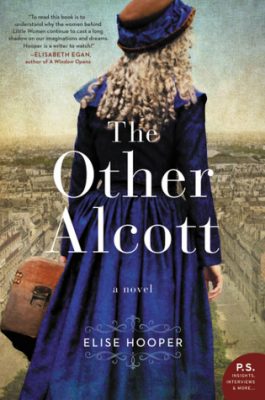 The Other Alcott by Elise Hooper
Published by William Morrow Paperbacks on September 5th 2017
Pages: 432
Goodreads

Elise Hooper’s debut novel conjures the fascinating, untold story of May Alcott—Louisa’s youngest sister and an artist in her own right.

We all know the story of the March sisters, heroines of Louisa May Alcott’s Little Women. But while everyone cheers on Jo March, based on Louisa herself, Amy March is often the least favorite sister. Now, it’s time to learn the truth about the real “Amy”, Louisa’s sister, May.

Stylish, outgoing, creative, May Alcott grows up longing to experience the wide world beyond Concord, Massachusetts. While her sister Louisa crafts stories, May herself is a talented and dedicated artist, taking lessons in Boston, turning down a marriage proposal from a well-off suitor, and facing scorn for entering what is very much a man’s profession.

Life for the Alcott family has never been easy, so when Louisa’s Little Women is published, its success eases the financial burdens they’d faced for so many years. Everyone agrees the novel is charming, but May is struck to the core by the portrayal of selfish, spoiled “Amy March.” Is this what her beloved sister really thinks of her?

So May embarks on a quest to discover her own true identity, as an artist and a woman. From Boston to Rome, London, and Paris, this brave, talented, and determined woman forges an amazing life of her own, making her so much more than merely The Other Alcott.

Little Women was one of my favorite childhood reads. I don’t recall how old I was when I read it but I do remember that I longed to be one of the March girls. And I was so proud to have finished such an unimaginably long book! I found 449 pages very daunting back then. Of course, once I began reading it was over all too soon. Now that I think about it, Little Women may have been my first book hangover. Therefore, I was very excited to hear that the story of May Alcott, the inspiration for Amy March, would be told in a novel titled The Other Alcott.

Though Louisa seemed to get all the glory, May Alcott, it turns out, was a very accomplished artist in her own right. Though she was pained by the less than favorable reviews of her illustrations for Little Women, she collected herself and forged ahead. Like many career women of her time, she had difficult choices to make at a time when work and family were mutually exclusive.

The relationship May had with her sister Louisa was, as you would expect, complicated. She was in the position of being beholden to her sister during much of her early career as it was Louisa’s money that provided for the entire family’s expenses as well as May’s travel and education. Though it is often said that May was the selfish one, I found Louisa to be guilty of a certain amount of abuse of power. The dynamic in their push-pull relationship was at times touching; at times frustrating. I very much enjoyed reading the letters they exchanged as it added a nice, intimate quality to the story.

Though I’m sure May’s life at the time was very exciting in comparison to many of her contemporaries, she came off a bit lackluster through much of the book. This may be because she was, in fact, so studious and dedicated to her art. But I must say, I felt a bit let down. I would have expected a single woman in Belle Époque Europe to have had many adventures. I would have liked to have read about some of her friendships in more depth.

Elise Hooper clearly did her homework in preparation for writing this book. I really appreciated all of the information in the Afterward and P.S. sections which included author Q&A and Alcott trivia. Sometimes it’s easy to forget that writers much research every detail – not just the obvious things.

A word of advice if you are considering this book and don’t know much about May – DO NOT GOOGLE HER prior to reading the book. I didn’t and I’m very happy I didn’t. 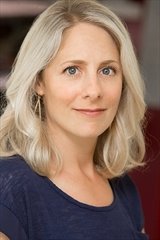 Many thanks to TLC Book Tours and William Morrow for providing me with a free copy of this book in exchange for an honest review.