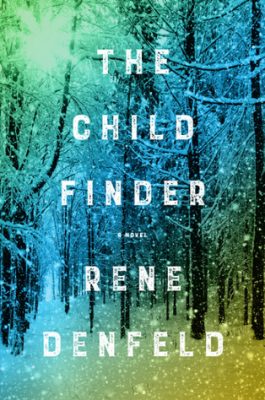 Three years ago, Madison Culver disappeared when her family was choosing a Christmas tree in Oregon’s Skookum National Forest. She would be eight years old now—if she has survived. Desperate to find their beloved daughter, certain someone took her, the Culvers turn to Naomi, a private investigator with an uncanny talent for locating the lost and missing. Known to the police and a select group of parents as The Child Finder, Naomi is their last hope.

Naomi’s methodical search takes her deep into the icy, mysterious forest in the Pacific Northwest, and into her own fragmented past. She understands children like Madison because once upon a time, she was a lost girl too.

As Naomi relentlessly pursues and slowly uncovers the truth behind Madison’s disappearance, shards of a dark dream pierce the defenses that have protected her, reminding her of a terrible loss she feels but cannot remember. If she finds Madison, will Naomi ultimately unlock the secrets of her own life?

If you follow me on Goodreads, you may have seen my cry for help. I considered DNF’ing The Child Finder at about the half way point. I had already put it down and picked it again once. Still, I struggled. Then something happened. I’m not sure what it was. Perhaps I had gotten used to the style of writing. Perhaps the pace quickened. Who knows? Whatever it was, I’m glad for it. It would have been a shame if I’d quit.

Here are some of my thoughts:

It’s unique and original – Big kudos to Rene Denfeld here. It’s not easy to create something that feels fresh and new in this genre and she did a fabulous job. The story itself is brilliant!

The characters – Though I found Naomi’s character to be slightly one dimensional, I liked her well enough. However, the author really shined in the development of some of the other, more minor characters that collectively gave the book the ability to transport the reader to this rural mountain town of settlers in Oregon’s Skookum National Forest.

Atmosphere – Another A+ here. The detailed descriptions of the beautiful, white, unforgiving landscape set the scene perfectly and completely.

Formatting  – I was frustrated with the way the chapters are formatted. There were no clear breaks when the narrative perspective changed. I found the interjection of magical realism and fairy tales detracted from the story itself which I actually liked very much.

Romance – I know. I’m sorry. I’m a cynical woman who is no longer interested in reading flowery romances. In fact, one of my biggest pet peeves is gratuitous romances in books where their presence is not, in fact, necessary.

Melodrama – At times it was just too… While the writing was beautiful for the most part, there were a couple of times I found myself saying really??? For example: “Naomi felt something deeper than crying, a flush in her womb.” Honestly, I’ve had three children and I’m not sure I’ve ever felt a flush in my womb.

While I did struggle with some aspects of this book, the story itself was original, well thought-out, and provided the ideal amount of intensity. The positives definitely outweighed the negatives. I’m giving this book a solid four stars. I hope to see Naomi return in a sequel to The Child Finder.

Thanks to Harper for providing me with a free copy of this book in exchange for an honest review.