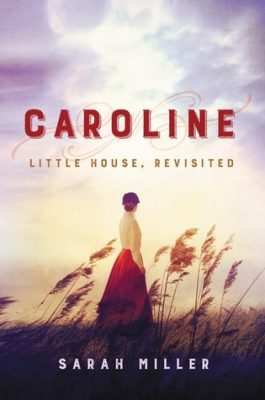 A September Indie Next Pick

One of Refinery29's Best Reads of September

In this novel authorized by the Little House Heritage Trust, Sarah Miller vividly recreates the beauty, hardship, and joys of the frontier in a dazzling work of historical fiction, a captivating story that illuminates one courageous, resilient, and loving pioneer woman as never before—Caroline Ingalls, "Ma" in Laura Ingalls Wilder’s beloved Little House books.

In the frigid days of February, 1870, Caroline Ingalls and her family leave the familiar comforts of the Big Woods of Wisconsin and the warm bosom of her family, for a new life in Kansas Indian Territory. Packing what they can carry in their wagon, Caroline, her husband Charles, and their little girls, Mary and Laura, head west to settle in a beautiful, unpredictable land full of promise and peril.

The pioneer life is a hard one, especially for a pregnant woman with no friends or kin to turn to for comfort or help. The burden of work must be shouldered alone, sickness tended without the aid of doctors, and babies birthed without the accustomed hands of mothers or sisters. But Caroline’s new world is also full of tender joys. In adapting to this strange new place and transforming a rough log house built by Charles’ hands into a home, Caroline must draw on untapped wells of strength she does not know she possesses.

For more than eighty years, generations of readers have been enchanted by the adventures of the American frontier’s most famous child, Laura Ingalls Wilder, in the Little House books. Now, that familiar story is retold in this captivating tale of family, fidelity, hardship, love, and survival that vividly reimagines our past.

Welcome to my stop on the blog tour of Caroline: Little House, Revisited! As someone who grew up watching Little House on the Prairie and reading the much-celebrated books series by Laura Ingalls Wilder, I was very excited to hear about this book at Book Expo 2017. When I was offered the opportunity to participate in the blog tour, I jumped on it!

Caroline’s character, in both the book and television series, was never featured as prominently as perhaps it should have been. She maintained a steady, consistent, and somewhat stereotyped wife/mother role. I’m pleased that someone saw fit to explore her life in more depth.

Though I enjoyed reading this book and would definitely recommend it to anyone who was or is obsessed with the Little House series, I must admit that I did have some difficulties with it. The first is the pacing. The first hundred-thirty-something pages described the Ingalls family journey from Wisconsin to Kansas. While there were a few moments of excitement, much of the narrative was taken up with rather mundane experiences and Caroline’s constant waxing nostalgic. The rest of the book was similarly paced and, in my opinion, could have been pared down quite a bit.

The second, in fairness, has to do with my own sense of nostalgia in some way. You see, when I was a little girl, (I was two when it started and nine when the last episode aired. Feel free to Google and do the math.) I thought there could have been nothing better than to be Laura Ingalls. It seemed as though she lived the perfect All-American life. After reading this novel, I realized that her family, along with many others, were living the American Dream at the expense of the Native American people they disrespected and displaced. I realize now that I should have made that connection much sooner but the truth is that, while I have given much consideration to the horrible way in which Indigenous Americans have been (and still are being) treated throughout the years, I never once thought of how this might impact my opinion of the Ingalls family. While I understand that the Ingalls family was one of many who staked a claim on Native land, Caroline was particularly averse to their presence which impacted my opinion of her. That said, I absolutely appreciate Sarah Miller’s honesty with regard to Caroline’s attitudes toward Native Americans.

Sarah Miller excelled at developing the characters of of several of Caroline’s neighbors including Mrs. Scott and Edwards. She also made palpable the loneliness and apprehension Caroline experienced as she traveled to Kanas. 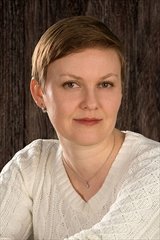 Thursday, September 21st: Into the Hall of Books

Like Loading...
« Review: Give Me the Child by Mel McGrath
First Chapter/First Paragraph: The Girls in the Picture »