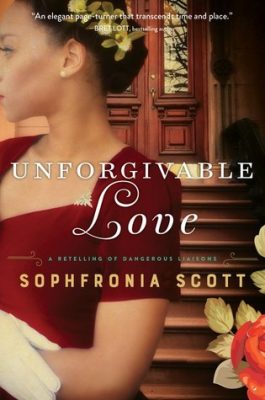 In this vivid re-imagining of the French classic Les Liaisons Dangereuses, it’s the summer when Jackie Robinson breaks Major League Baseball’s color barrier and a sweltering stretch has Harlem’s elite fleeing the city for Westchester County’s breezier climes. But there two predators stalking amidst the manicured gardens and fine old homes.

Heiress Mae Malveaux rules society with an angel’s smile and a heart of stone. She made up her mind long ago that nobody would decide her fate. To have the pleasure she craves, control is paramount, especially control of the men Mae attracts like moths to a flame.

Valiant Jackson always gets what he wants—and he’s wanted Mae for years. The door finally opens for him when Mae strikes a bargain: seduce her virginal young cousin, Cecily, who is engaged to Frank Washington. Frank values her innocence above all else. If successful, Val’s reward will be a night with Mae.

But Val secretly seeks another prize. Elizabeth Townsend is fiercely loyal to her church and her civil rights attorney husband. Certain there is something redeemable in Mr. Jackson. Little does she know that her most unforgivable mistake will be Val’s greatest triumph.

Welcome to my stop on the blog tour for Unforgivable Love: A Retelling of Dangerous Liaisons. Though I have never read the original version of Dangerous Liaisons or even seen a film or theater adaptation, I was intrigued by this book’s description and couldn’t wait to receive my copy. I was not disappointed.

If you’ve been following my reviews for any length of time, you probably know that I rarely go all-out fan girl. This is one of these very rare times that I really, really want to! Part of me just want to GIF the heck out of this review and gush with abandon. However, I think this book deserves much more consideration than a buy it, read it, download it now rant (that I am giving you here ever so subtly and subliminally anyway).

Atmosphere – This is a very atmospheric novel. Whether in Harlem, Westchester, or North Carolina, the settings are vividly described in such a way that the reader truly feels transported.

Characters – The characters become real via a combination of narrative, conversations, letters, and even body language. It is obvious that the author has given much thought to the development of each character. This is an especially impressive accomplishment given the number of characters that are central to the plot. They were not all likable, of course. But whether chaste and naive or cruel and calculating, they were realistically flawed and multi-dimensional.

The Plot – I loved everything about the story. It provided all of the timeless elements we, as readers, can’t get enough of. Take a little bit of lust, a little bit of revenge, and a lot of manipulation. Add a sprinkle of sex, a dash of lust, a pinch of jealousy. Put it over a low, slow fire till it’s just about ready to burn then sprinkle the top with a mix of lies and secrets. It’s like that!

(I know you might be asking yourself if I’ve suffered a head injury. I don’t even like reading books with sex and romance. This is different, I swear. It’s not overdone. It’s not gratuitous. It’s all very relatable and realistic. None of this flowery “he brushed the soft curve of my ample bosom” stuff!)

While the plot is complex and weighty, it’s easy to follow and definitely drew me in fast. It’s the kind of book that’s both a page-turner and something that you want to savor.

The Feels – Unforgivable Love: A Retelling of Dangerous Liaisons is a beautifully written story that made me experience the full gamut of human emotions without being trite or sappy.

The Ending – Maybe I should have seen it coming. I didn’t.

I really don’t have anything to add here. I had no real issues with any of the elements of this book.

Sophfronia Scott has written a sexy, smart, atmospheric novel that transports the reader to the glitz, grit, and glamour of 1940’s Harlem. Though I hadn’t read her first novel, All I Need to Get By, I will be looking forward to reading her future novels. 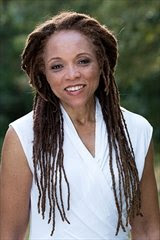