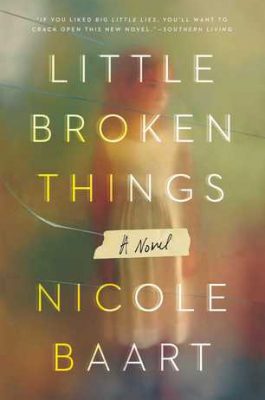 An engrossing and suspenseful novel for fans of Liane Moriarty and Amy Hatvany about an affluent suburban family whose carefully constructed facade starts to come apart with the unexpected arrival of an endangered young girl.

I have something for you. When Quinn Cruz receives that cryptic text message from her older sister Nora, she doesn’t think much of it. They haven’t seen each other in nearly a year and thanks to Nora’s fierce aloofness, their relationship consists mostly of infrequent phone calls and an occasional email or text. But when a haunted Nora shows up at the lake near Quinn's house just hours later, a chain reaction is set into motion that will change both of their lives forever.

Nora’s “something” is more shocking than Quinn could have ever imagined: a little girl, cowering, wide-eyed, and tight-lipped. Nora hands her over to Quinn with instructions to keep her safe, and not to utter a word about the child to anyone, especially not their buttoned-up mother who seems determined to pretend everything is perfect. But before Quinn can ask even one of the million questions swirling around her head, Nora disappears, and Quinn finds herself the unlikely caretaker of a girl introduced simply as Lucy.

While Quinn struggles to honor her sister’s desperate request and care for the lost, scared Lucy, she fears that Nora may have gotten involved in something way over her head—something that will threaten them all. But Quinn’s worries are nothing compared to the firestorm that Nora is facing. It’s a matter of life and death, of family and freedom, and ultimately, about the lengths a woman will go to protect the ones she loves.

Welcome to my stop on the blog tour of Little Broken Things! I was very excited to read this book based on the blurb. The gorgeous cover certainly did not hurt!

I was quickly drawn in by the first few chapters. After all, it’s not every day that a sister alters the appearance of a child, assigns her a new name, and drops her off at her semi-estranged sister’s house with no explanation. But that’s exactly what Nora has done to Quinn. It’s up to Quinn determine who this young girl is and, more importantly, why Nora has gone to such lengths to disguise her and hide her away. It’s easy to be captivated by a novel that begins with a child in real or potential danger.

The pacing slowed a bit after the first twenty-five per cent or so but remained steady and enjoyable.

The story was told from the several points of view which worked well. The author’s style of writing was a bit more straightforward than is my preference and there were a few times that I felt it was a bit cliche, but overall it was solid.

As for the characters, they were a mixed bag. I really didn’t care for Liz, the mother of the girls. She was a bit stereotyped and whiney throughout most of the book. I did appreciate that toward the end of the book, she seemed to have developed a backbone and a sense of purpose. I thought Quinn was sweet but not as strong as I would have liked. Nora’s character was well-written, though. She frustrated the heck out of me with all of her cryptic messages and lack of communication in a good way. There is another integral character (who I’ll not name here) whose point of view makes appearances less than a handful of times. I LOVED that character’s point of view and voice and feel that Nicole Bart’s talent as a writer shined most in those brief paragraphs. I would have been very happy to hear more from her.

There was some predicability within the story but I thought the plot was very original. I could have done without some of the romantic stuff but that is just personal preference. As you may know, I’m all about the thrill and mystery. Love just makes me roll my eyes. The ending, though, was great and that always weighs heavily in my overall experience in reading a book. It gave me the warm and fuzzy feels! 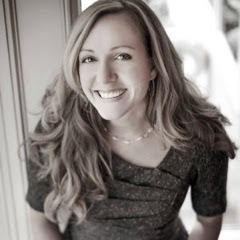 Many thanks to Atria Books and TLC Book Tours for providing a free copy of this book in exchange for an honest review.