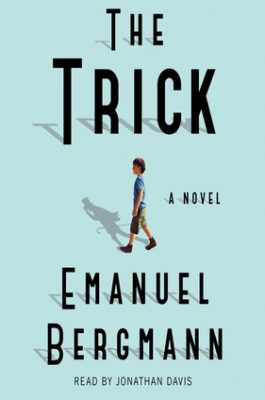 The Trick by Emanuel Bergmann
Published by Atria Books on September 19, 2017
Pages: 375
Goodreads

A deeply moving, humorous story of a boy who believes in everything and an old man who believes in nothing.In 1934, a rabbi's son in Prague joins a traveling circus, becomes a magician, and rises to fame under the stage name the Great Zabbatini just as Europe descends into World War II. When Zabbatiniis discovered to be a Jew, his battered trunk full of magic tricks becomes his only hope of surviving the concentration camp where he is sent.

Seven decades later in Los Angeles, ten-year-old Max finds a scratched-up LP that captured Zabbatini performing his greatest tricks. But the track in which Zabbatini performs his love spell—the spell Max believes will keep his disintegrating family together—is damaged beyond repair. Desperate for a solution, Max seeks out the now elderly, cynical magician and begs him to perform his magic on his parents. As the two develop an unlikely friendship, Moshe discovers that Max and his family have a surprising connection to the dark, dark days the Great Zabbatini experienced during the war.

Recalling the melancholy humor of Isaac Bashevis Singer and the heartbreaking pathos of the film Life is Beautiful—this outstanding first novel is at once an irreverent yet deeply moving story about a young boy who believes in magic and a disillusioned old man who believes in nothing, as well as a gripping and heartfelt tale about the circle of life.

Welcome to my stop on the blog tour for The Trick by Emanuel Bergmann. I am absolutely delighted to introduce you to this book!! If you’re sensing, based on the two exclamation points I’ve already used, that I’m feeling enthusiastic about this book, you would be correct. The Trick combines so many of my favorite things in terms of characters, plot, and themes.

Emanuel Bergmann has crafted a beautiful story that touched my heart on many levels. Max is a lovable boy who is looking for some magic to keep his parents together after they announce that they’re separating over sushi (Clarification: They are eating sushi as they make the announcement. They are not separating because of sushi.) He is convinced that the Great Zabbatini is the one who can stop his world from falling apart. I’m a sucker for a book with quirky, curmudgeonly characters and I couldn’t help but fall in love with the Great Zabbatini despite his many flaws.

In terms of the story, this book has a lot going on without ever feeling likes it’s trying too hard. It’s a balance of character and plot-driven; leaning more toward character through most of the book. I can’t say that this a book about WWII or a book about a magician. It’s not a book about a boy whose family is falling apart or a grandmother with memories of a suitcase factory. It’s not a book about aging or saving someone or being saved. It’s all of these things. But if you asked me to name one thing that the book is about I’d have to say it’s relationships and the complicated ways in which they connect us to one another and the universe as a whole.

I loved the straightforward language and simple, frank way in which the author chose to tell the story. It was very refreshing. I would definitely recommend this book to fans of Fredrik Backman and anyone who loves to read WWII fiction. 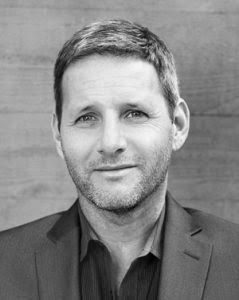 Many thanks to Atria Books and TLC Book Tours for providing me with a free copy of this book in exchange for an honest review.