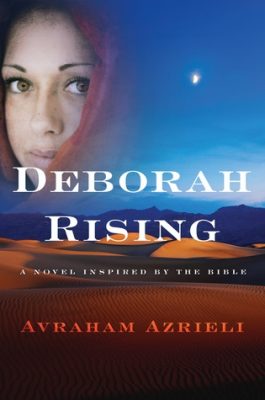 Deborah Rising: A Novel Inspired by the Bible by Avraham Azrieli
Published by HarperLegend on September 27th 2016
Pages: 224
Goodreads

In the tradition of The Red Tent, The Fifth Mountain, and The Mists of Avalon comes this absorbing historical novel that reimagines the life of one of the Bible’s most revered women, the prophetess Deborah, and her epic journey to fulfill her destiny.

Deborah’s father dreamed that his daughter would one day become a prophet of the God of the Israelites. But the social and religious mores of her time dictated that a woman must marry—even against her will—and obey her husband. When Deborah is forced into an engagement with the violent son of her local judge, the young Hebrew woman rebels, determined to forge a new path.

Captivated by the notion of transforming herself into a man to escape the arranged marriage and fulfill her father’s dream, Deborah embarks upon an epic journey across the desert to find a mysterious elixirist rumored to be blessed with the gift of turning women into men. It is a journey that proves increasingly perilous—filled with wild beasts, lustful men, unscrupulous priests, and warring tribesmen. Yet Deborah discovers that she is not alone; an unlikely coterie of lepers, slaves, Moabite traders, and even a dead tiger come to her aid and defense along the way.

Part traditional biblical fiction, part adventure, Deborah Rising is a captivating tale about the early life of one of the most famous figures from the Old Testament—a woman of courage and spirit whose battle to overcome discrimination, sexism, and paternalism speaks to women’s lives today.

Welcome to my stop on the blog tour for Deborah Rising by Avraham Azrieli. When read that this books has been compared to one of my all-time favorites, The Red Tent, I knew I had to read it. In the end, there were things I loved about this novel and I few elements I struggled with.

The Plot – I was drawn in straightaway! This book is well-paced and provided the right amount of suspense and drama. Deborah’s struggle to free herself from an evil man who cared nothing for another soul broke my heart. The possibility of Deborah coming to live her life as a man intrigued me and reminded me of another favorite book, Pope Joan.

The Characters – From the very first pages I found myself rooting for and admiring Deborah. I’m a sucker for a book with a strong female protagonist who is relentless in her pursuit of justice and determined to find her power. There were several other characters and groups of characters with whom she interacted throughout the novel that were equally lovable and enchanting. And some, of course, who were (appropriately) not so likable!

The Violence – There was a lot of graphic violence, particularly toward women, in this book. I think the argument could, in fairness, be made that these were violent times. But because it had an impact on my overall experience with the book, I feel the need to mention it.

The Geography – There were times when I felt that the descriptions of the land and detailed navigational passages went on a bit too much without adding anything to the book.

The Ending (or lack thereof) – This is far and away the biggest problem I had with this book. It literally ends with “to be continued“. Setting up for a sequel is one thing but this book did not end at a natural break in the story line – i.e. at a point at which there was any closure to anything.

If you gravitate toward historical or biblical fiction with strong females characters and don’t mind a total cliffhanger ending, this book may be a good choice for you. 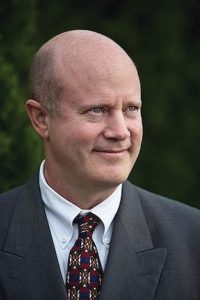 Thanks to HarperLegend and TCL Book Tours for providing me with a free copy of this book in exchange with an honest review.