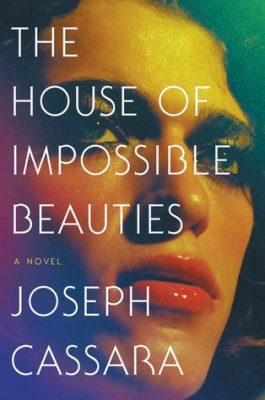 The House of Impossible Beauties by Joseph Cassara
Published by Ecco on February 6th 2018
Pages: 416
Goodreads

It’s 1980 in New York City, and nowhere is the city’s glamour and energy better reflected than in the burgeoning Harlem ball scene, where seventeen-year-old Angel first comes into her own. Burned by her traumatic past, Angel is new to the drag world, new to ball culture, and has a yearning inside of her to help create family for those without. When she falls in love with Hector, a beautiful young man who dreams of becoming a professional dancer, the two decide to form the House of Xtravaganza, the first-ever all-Latino house in the Harlem ball circuit. But when Hector dies of AIDS-related complications, Angel must bear the responsibility of tending to their house alone.

As mother of the house, Angel recruits Venus, a whip-fast trans girl who dreams of finding a rich man to take care of her; Juanito, a quiet boy who loves fabrics and design; and Daniel, a butch queen who accidentally saves Venus’s life. The Xtravaganzas must learn to navigate sex work, addiction, and persistent abuse, leaning on each other as bulwarks against a world that resists them. All are ambitious, resilient, and determined to control their own fates, even as they hurtle toward devastating consequences.

Told in a voice that brims with wit, rage, tenderness, and fierce yearning, The House of Impossible Beauties is a tragic story of love, family, and the dynamism of the human spirit.

Today I’m going to share the first chapter of Impossible Beauties by Joseph Cassara. I just received my copy today and I can’t wait to read it!

“Girrrl—
Before there was Dorian and before there was Hector, there was 1980—the year that things began to change. Diana Ross was pumping on the radio, Angel was sixteen years young and already she felt she was being turned upside down, inside out, boy oh boy, everything was turning around-around. If the seventies were the decade of disco, then the eighties would be what? —the beginning of a new era?—the decade of the sequin? It was the time that Angel the he became Angel the she—even if it was only something felt within the deepest layers of her soul, she knew that it was there, underneath skin and bone, as thin as a sheet of silver foil.”