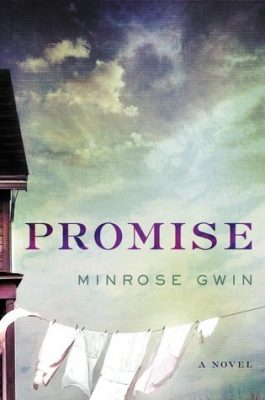 In the aftermath of a devastating tornado that rips through the town of Tupelo, Mississippi, at the height of the Great Depression, two women worlds apart—one black, one white; one a great-grandmother, the other a teenager—fight for their families’ survival in this lyrical and powerful novel

“Gwin’s gift shines in the complexity of her characters and their fraught relationships with each other, their capacity for courage and hope, coupled with their passion for justice.” -- Jonis Agee, bestselling author of The River Wife

A few minutes after 9 p.m. on Palm Sunday, April 5, 1936, a massive funnel cloud flashing a giant fireball and roaring like a runaway train careened into the thriving cotton-mill town of Tupelo, Mississippi, killing more than 200 people, not counting an unknown number of black citizens, one-third of Tupelo’s population, who were not included in the official casualty figures.

When the tornado hits, Dovey, a local laundress, is flung by the terrifying winds into a nearby lake. Bruised and nearly drowned, she makes her way across Tupelo to find her small family—her hardworking husband, Virgil, her clever sixteen-year-old granddaughter, Dreama, and Promise, Dreama’s beautiful light-skinned three-month-old son.

Slowly navigating the broken streets of Tupelo, Dovey stops at the house of the despised McNabb family. Inside, she discovers that the tornado has spared no one, including Jo, the McNabbs’ dutiful teenage daughter, who has suffered a terrible head wound. When Jo later discovers a baby in the wreckage, she is certain that she’s found her baby brother, Tommy, and vows to protect him.

During the harrowing hours and days of the chaos that follows, Jo and Dovey will struggle to navigate a landscape of disaster and to battle both the demons and the history that link and haunt them. Drawing on historical events, Minrose Gwin beautifully imagines natural and human destruction in the deep South of the 1930s through the experiences of two remarkable women whose lives are indelibly connected by forces beyond their control. A story of loss, hope, despair, grit, courage, and race, Promise reminds us of the transformative power and promise that come from confronting our most troubled relations with one another.

Welcome to my stop on the blog tour for Promise by Minrose Gwin!

I’m fascinated by stories of the many natural disasters which have occurred throughout history. I had no familiarity with the 1936 tornado that devastated the town of Tupelo, Mississippi so I was very much looking forward to learning about this event in American history.

Promise begins in with a very atmospheric, foreboding first paragraph:

“Too still out there. Dark coming on and no birds singing good night lady. No squirrels rummaging for last year’s acorns under the big oak out front. The sky, bruised, yellow and green with streaks of plum.”

I grew up with televised weather forecasting that has become more accurate and technologically advanced year by year. I can’t even imagine living during a period of time when there was virtually no warning of impending disaster; no time to prepare. Even if there was some sort of warning, no one could predict the severity of what was to come and how many lives would be lost or forever changed; in both history and this novel.

The characters in this novel were, for the most part, very complex and well-developed. I absolutely loved Dovey. She’s a woman of character and strength. Somewhat diminutive in stature, she’s a big a big character with an internal force as strong as any tornado she’s facing. She’s smart, stubborn, and sadly, no stranger to heartsickness.

With regard to the plot, I think the intersection of the lives of Dovey and the McNabb family before, during, and after the tornado was well thought out and worked very well. There were other events and relationships, however, that I thought were unnecessary to this central story and, at times, caused the pacing to slow. While I found the first three quarters of the book to be steady, the ending didn’t move along as quickly as I had hoped.

Promise was very well-written and had a great deal of potential. I think a bit of that potential was lost in implausibility. While I very much appreciated the author’s rich imagination, I think this book would have benefited from being toned down a bit. I really enjoyed reading about the triaging and treatment of victims and the local and federal management of the disaster. As both a nurse and human being, I found the racial disparities in the treatment of victims to be vile. I couldn’t help but think of Hurricane Katrina which only served to fuel my anger and frustration.

Minrose Gwin grew up in Tupelo and includes several photos of the aftermath, including those of her own families home, at the end of the book.

While I wasn’t able to give this book five stars, I really enjoyed the authors writing style and would certainly read another of her books in the future. 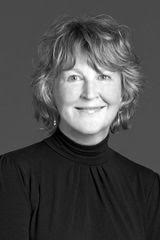