You All Grow Up and Leave Me: A Memoir of Teenage Obsession by Piper Weiss
Published by William Morrow on April 10th 2018
Pages: 352
Goodreads

A highly unsettling blend of true crime and coming-of-age memoir-- The Stranger Beside Me meets Prep--that presents an intimate and thought-provoking portrait of girlhood within Manhattan's exclusive prep-school scene in the early 1990s, and a thoughtful meditation on adolescent obsession and the vulnerability of youth.

Piper Weiss was fourteen years old when her middle-aged tennis coach, Gary Wilensky, one of New York City's most prestigious private instructors, killed himself after a failed attempt to kidnap one of his teenage students. In the aftermath, authorities discovered that this well-known figure among the Upper East Side tennis crowd was actually a frightening child predator who had built a secret torture chamber--a "Cabin of Horrors"--in his secluded rental in the Adirondacks.

Before the shocking scandal broke, Piper had been thrilled to be one of "Gary's Girls." "Grandpa Gary," as he was known among his students, was different from other adults--he treated Piper like a grown-up, taking her to dinners, engaging in long intimate conversations with her, and sending her special valentines. As reporters swarmed her private community in the wake of Wilensky's death, Piper learned that her mentor was a predator with a sordid history of child stalking and sexual fetish. But why did she still feel protective of Gary, and why was she disappointed that he hadn't chosen her?

Now, twenty years later, Piper examines the event as both a teenage eyewitness and a dispassionate investigative reporter, hoping to understand and exorcise the childhood memories that haunt her to this day. Combining research, interviews, and personal records, You All Grow Up and Leave Me explores the psychological manipulation by child predators--their ability to charm their way into seemingly protected worlds--and the far-reaching effects their actions have on those who trust them most.

Welcome to my stop on the blog tour for You All Grow Up and Leave Me. I was immediately drawn in by the blurb and cover. The true crime buff in me couldn’t resist this book about a young women’s experience with Gary Wilensky, a child predator who preyed on the young of Manhattan’s elite families in the 1990’s.

I have to be honest. This book is a tough one for me to review. There were many things that I really liked about it. For example, the pacing was steady. I always love books set in Manhattan, particularly in the 1980’s and 90’s. Ms. Weiss author is very open, honest, and introspective. I have a great deal of respect for anyone who can bare their soul in the ways that she does. This book provides a very unique look into how a criminal like Wilensky was able victimize a young girl, even as she grew into a woman, despite the fact that she was not his “victim” in the sense that he never physically or sexually assaulted her.

Though I appreciated the author’s perspective, and the honesty with which she’s shared it, I must admit that I had some difficulty relating to her feelings and her ongoing preoccupation with Wilensky. The book’s description calls it “highly unsettling”. For me, this is spot-on. There were parts that made me, what I can only describe as, uncomfortable.

Based on the blurb, I was expecting to hear more about the actual case. I would have liked to read more about what the police uncovered about him. Although I suppose it’s possible, it’s difficult to believe he hadn’t gone beyond grooming his potential victims prior to the incident that ended with his suicide. I also expected there to be a bit more emphasis on Wilensky’s relationship with the victim know as The Daughter and what the impact to her life has been. The author did note that she requested an interview with her and was turned down.

I don’t normally say this about memoirs, or most nonfiction for that matter, but I think this would be an excellent book club selection. It’s one of those that will inspire lively discussion and debate, for sure! 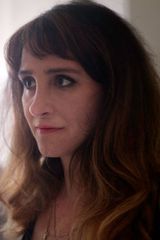 Piper Weiss has served as editor in chief at Levo, editorial director for HelloGiggles, and features editor for the New York Daily News and Yahoo. She is the author of the book My Mom, Style Icon and has written for various publications, including Hazlitt, McSweeney’s Internet Tendency, Elle.com, and Refinery29. She lives in Brooklyn, New York.

Thanks to TLC Book Tours and William Morrow for providing me with a free copy of this book in exchange for an honest review.