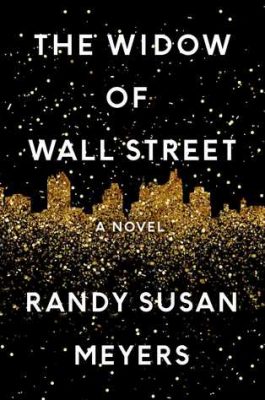 What’s real in a marriage built on sand and how do you abandon a man you’ve loved since the age of fifteen?

Phoebe sees the fire in Jake Pierce’s belly from the moment they meet as teenagers in Brooklyn. Eventually he creates a financial dynasty and she trusts him without hesitation—unaware his hunger for success hides a dark talent for deception.

When Phoebe learns—along with the rest of the world—that her husband’s triumphs are the result of an elaborate Ponzi scheme her world unravels. Lies underpin her life and marriage. As Jake’s crime is uncovered, the world obsesses about Phoebe. Did she know her life was fabricated by fraud? Did she partner with her husband in hustling billions from pensioners, charities, and CEOs? Was she his accomplice in stealing from their family and neighbors?

Debate rages as to whether love and loyalty blinded her to his crimes or if she chose to live in denial. While Jake is trapped in the web of his own deceit, Phoebe is faced with an unbearable choice. Her children refuse to see her if she remains at their father’s side, but abandoning Jake, a man she’s known since childhood, feels cruel and impossible.

From Brooklyn to Greenwich to Manhattan, from penthouse to prison, with tragic consequences rippling well beyond Wall Street, The Widow of Wall Street exposes a woman struggling to redefine her life and marriage as everything she thought she knew crumbles around her.

I’m going rogue here. I’m going to do something I’ve never done. I’m going to talk about a book without giving it a rating. I’ll try to explain. I knew when I began reading The Widow of Wall Street that there would be parallels to the life of Ruth and Bernie Madoff. I didn’t realize just how closely related the stories would be. This book is basically a fictionalized retelling of the rise and fall of Ruth and Bernie. Almost every single detail and event are identical or unquestionably similar. I was unable to separate the stories in my mind. As someone who has a very negative bias toward Bernie Madoff, I found it difficult to read this book with my usual open mind.

That said, I was compelled to keep turning the pages and would not dissuade anyone from reading it. In fact, I’d recommend it. Especially to those who may not have followed the story closely as it was unfolding and read and watched all related material since. It’s a fascinating story and I think Randy Susan Myers did a fabulous job with Phoebe’s character. She subtly answered the big question of how and why a woman can remain committed to a man even after learning their entire life was built on lies. That’s not to say Phoebe’s character was perfect; there are times I just wanted to scream at her. But flawed as she was, I also found some empathy for her. She effectively lost her husband. She lost her status, her worldly possessions, and her relationship with her children was completely fractured. She became a media spectacle. Nevertheless, she learned to cope with a quiet dignity I appreciated.

As for the pilfering and philandering Jake, I think Ms. Meyers was absolutely spot-on in rendering his character. In this book, as in real life, we are left with the question of why??? Psychopathy, machismo, narcissism, evil nature? What causes someone to willfully act in a manner that has the potential to cause such complete devastation to practically everyone he comes into contact with?

There were a couple of elements that were unique to this story that I really enjoyed. One is the relationships Phoebe forms at Mira House, where she volunteers. The other is too much a spoiler to mention but I think was a good call on the part of the author.

There are some excellent book club discussion questions at the back of the book. This would definitely be a great book club club pick! I would have loved to read about the author’s research in writing this book. She clearly did a great deal. And kudos to her for writing about Greenwich with such accurate detail. The only think missing was a trip to Conor’s Soul Cycle class! I would definitely read Randy Susan Myers again.

The takeaway: This is an excellent book choice for anyone fascinated with the Madoff scandal, financial crimes, or crappy husbands.

Many thanks to Washington Square Press via Getred PR for providing me with a free copy of this book in exchange for an honest review.