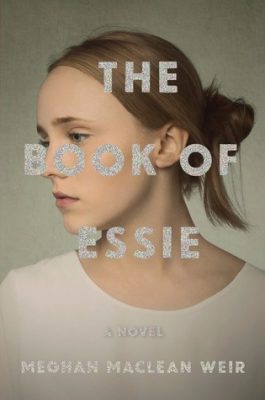 A debut novel of family, fame, and religion that tells the emotionally stirring, wildly captivating story of the seventeen-year-old daughter of an evangelical preacher, star of the family's hit reality show, and the secret pregnancy that threatens to blow their entire world apart.

Esther Ann Hicks--Essie--is the youngest child on Six for Hicks, a reality television phenomenon. She's grown up in the spotlight, both idolized and despised for her family's fire-and-brimstone brand of faith. When Essie's mother, Celia, discovers that Essie is pregnant, she arranges an emergency meeting with the show's producers: Do they sneak Essie out of the country for an abortion? Do they pass the child off as Celia's? Or do they try to arrange a marriage--and a ratings-blockbuster wedding? Meanwhile, Essie is quietly pairing herself up with Roarke Richards, a senior at her school with a secret of his own to protect. As the newly formed couple attempt to sell their fabricated love story to the media--through exclusive interviews with an infamously conservative reporter named Liberty Bell--Essie finds she has questions of her own: What was the real reason for her older sister leaving home? Who can she trust with the truth about her family? And how much is she willing to sacrifice to win her own freedom?

If you, like me, have been seeing The Book of Essie everywhere, it’s with good reason. Meghan MacLean Weir’s debut novel is a fearless and timely story that’s bound to elicit visceral emotional responses in the reader. One can’t help but make comparisons between Essie’s story and that of a certain reality television show family. Thankfully, there were enough departures to make the story feel fresh and unique.

The story is very character-driven and includes a cast ranging from pillar to post in terms of likability. It’s told from the alternating perspectives of Essie, Roarke, and Liberty Bell, a journalist Essie has entrusted to tell her story. I found Essie to be extremely likable and easy to root for. My only issue with her character was that she seemed unbelievably mature for a sheltered seventeen-year old. I would gauge her level of maturity to be more like that of a twenty-one year old. The same could be said for Roarke though perhaps to a lesser degree. Roarke was actually my favorite character in this book. Essie’s family, as you might imagine, fell, for the most part, on the less likable end of the spectrum. They were all very developed, however, and will provide lots of discussion material for book groups. I struggled a bit with Liberty and the telling of her own side story throughout the book. It wasn’t so much Liberty’s character or even the story itself; more that her story when told in connection with Essie’s made for a bit more implausibility than I prefer.

The Book of Essie was a very quick read for me and one I enjoyed a lot. It’s perfect for book clubs. It stirs lots of emotions. It raises questions about our cultural obsession with reality television. As a debut, it’s quite impressive. Meghan MacLean Weir has established herself as a talented contemporary voice. I will look forward to reading her future titles.