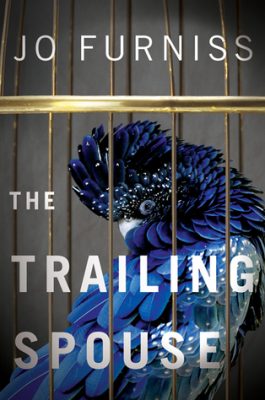 Do you really want to know the truth?

Amanda Bonham moved halfway around the world to be with the man she loves. Although expat life in Singapore can be difficult, Edward Bonham is a dream husband and a doting father to his teenage daughter, Josie.

But when their maid dies in an apparent suicide—and Amanda discovers the woman was pregnant and hiding a stash of drugs prescribed to Edward—she can’t help but wonder if her perfect husband has a fatal flaw. And if he can’t resist temptation under their own roof, what does he get up to when he travels?

Camille Kemble also has questions for Edward. Recently returned to Singapore, Camille is determined to resolve a family mystery. Amid a jumble of faded childhood memories, she keeps seeing Edward’s handsome face. And she wants to know why.

For one woman, the search for answers threatens everything she has. For another, it’s the key to all she lost. Both will follow his trail of secrets into the darkness to find the truth.

Welcome to my stop on the blog tour for The Trailing Spouse by Jo Furniss. I’m very happy to be sharing my thoughts on this book as I thoroughly enjoyed it! I’ve been on a roll – in a good way – with thrillers lately and this book was no exception. And can I just say… COVER LOVE!

The Trailing Spouse  is original in a number of ways. The first is the setting. I don’t think I’ve ever read a book set in Singapore. I enjoyed learning a little about the culture and ex-pat life. Next, and most importantly, is the plot. This book has a lot going on. There are at least 3, you could maybe say 4, mysteries with this mystery/domestic thriller. The phrase “falling down the rabbit hole” came to mind as the pace quickened about 1/3 of the way in. And I just kept falling, and falling, and falling. In the past I’ve been critical of a few books with a similar number of subplots.  I felt these books tried too hard, opining that the authors need to reel in their imaginations. For whatever reason, Jo Furniss has managed to pull it off!

Meticulous character development ensured non-stop head spinning. Who should I be rooting for? Who should I suspect?  While I had a slight inkling of where one of the lines might be going, I was truly conflicted about the “main event” until the very end. Ancillary characters where just as carefully rendered and helped to create a level on depth not always present in this genre. I would definitely place The Trailing Spouse on the “smart” side of the spectrum.

I’d not read Jo Furniss’s previous novel, All the Little Children, but reading this book has made me add it to my already toppling TBR. I’d certainly be very happy to read her future work. 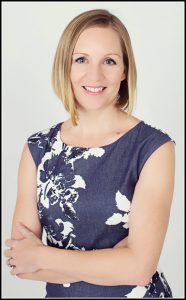 ABOUT THE AUTHOR:
After spending a decade as a broadcast journalist for the BBC, Jo Furniss gave up the
glamour of night shifts to become a freelance writer and serial expatriate. Originally from the
UK, she lived in Switzerland and Cameroon, and currently resides with her family in
Singapore.
As a journalist, Jo has worked for numerous online outlets and magazines, including
Monocle, The Economist, Business Traveller, Expat Living (Singapore) and Swiss News. Jo
has also edited books for a Nobel Laureate and the Palace of the Sultan of Brunei. She has
a Distinction in MA Professional Writing from Falmouth University. In 2015 she founded
www.SWAGlit.com—an online literary magazine for writers in Singapore.

Many thanks to Anne Cater at Random Things Blog Tours and Lake Union Publishing for providing me with a free copy of this book in exchange for an honest review. 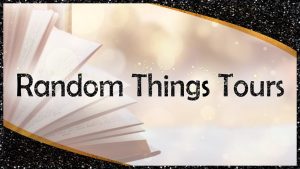