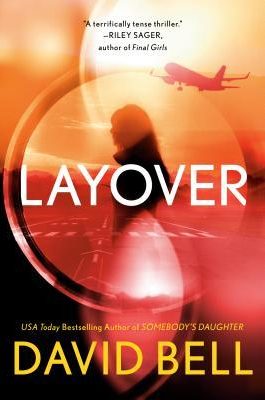 In this high concept psychological suspense novel from the USA Today bestselling author of Somebody's Daughter, a chance meeting with a woman in an airport sends a man on a pulse-pounding quest for the truth...

Joshua Fields takes the same flights every week for work. His life is a series of departures and arrivals, hotels and airports. During yet another layover, Joshua meets Morgan, a beautiful stranger with whom he feels an immediate connection. When it's time for their flights, Morgan gets up to leave, leans over and passionately kisses Joshua, lamenting that they'll never see each other again.

As Morgan slips away, Joshua is left feeling confused by what just happened between them. That's when he looks up and is shocked to see Morgan's face flashing on a nearby TV screen. He's even more shocked when he learns the reason why--Morgan is a missing person.

What follows is a whirlwind, fast-paced journey filled with lies, deceit, and secrets to discover the truth about why Morgan is on the run. But when he finally thinks every mystery is solved, another rears its head, and Joshua's worst enemy may be his own assumptions about those around him...

Greetings, fellow readers! It’s great to be back from my hiatus with a blog tour stop and giveaway for Layover by David Bell. I’m somewhat embarrassed to admit this but, for whatever reason, I hadn’t read any of his previous books. On the brighter side, that only made me more excited to read this one so I could see for myself what all the fuss is about. And see, I do!

We start off with our main man, Joshua Fields, having a chance encounter with a beautiful woman during a layover in Atlanta. He’s not thrilled with his current job. She seems to be in some sort of emotional distress. They share a kiss and she tells him they’ll never see each other again. End of story, right? NOT! But is she the bad penny that keeps coming back? Or is she a victim of circumstance? Misunderstood martyr or manipulative murderess? Does missing Morgan have anything to do with another missing persons case being investigated in a town in which she once lived? Or are the two cases an unrelated coincidence?

This fast-paced game of cat and mouse plays out in short chapters with many little bombs being dropped along the way. I found myself finishing the last half of the book in one sitting, laundry be damned.

At times, I admittedly wanted to slap Joshua Fields. I was frustrated with his being smitten to the point of losing his good sense over a woman he’d met only once. At the same time, I found his naivete somewhat charming despite it requiring me to suspend disbelief a bit more than I’d normally go for. As for the femme fatale of this tale, I really didn’t know what to make of her until very end.

Overall, I enjoyed this book very much. I’d definitely read David Bell’s past or future books.

Many thanks to Berkley and Get Red PR for providing me with a free copy of this book in exchange for an honest review.